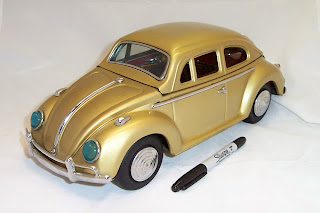 I tend to be very regimented in my “hobby”. Late in the week I comb through the local Pennysaver and Craigslist ads for yard sales. I scurry down to the computer, light up Map Quest and chart out a map listing all the yard sales in my town. I draw a little star on the street address in red ink so I can read it easily. I carefully write in the times each YS opens and maybe a note as to what the ad said. For example, if the ads reads, “Old tools, Dept 56, ” then I write that next to the star. On Saturday morning I follow my map carefully with 8:00 AM to 10:00 AM being my “core hours”. As mentioned in an earlier blog, I race from one YS to the next hoping to find the good stuff before it's gone. Once I reach 10 AM, I psychologically wind down-like a runner who just finished a 5K race. In other words, I treat it it like a marathon.

But you don't have to be as structured as I am. You can find stuff at yard sales by pure happenstance with no map and no racing around. You just have to be on the look-out, ready to pull over at a moment's notice. As an example, one Saturday morning I was forced to cut my yard sales short after being called into into work for a few hours. I grumbled to myself and felt stifled, like being in the middle of that 5K race and told to stop running. I grudgingly went to work, did what I had to do then headed back for home. By this time it was 1:00 pm on a summer afternoon-well past my "core hours" for yard sales. As I was driving down a very busy state highway I noticed a yard sale at a roadside vegetable stand. Locking up the tires, I figured why not stop? My only reservation was the YS was on a busy state road used by vacationers heading to the beach. Surely all those passing vacationers would stop and snatch up all the good stuff, right? Which brings us to yet another Yard Sale rule: never assume!

Walking around the sale, my eye was drawn to a metal die cast Volkswagen in excellent condition. It was sitting amongst a lot of dusty junk on a dilapidated farm table normally reserved for summer tomatoes and blueberries. The car's roof opened up to reveal a brandy decanter and drinking glasses inside. Because it was already afternoon the seller was packing stuff up and preparing to close. (Bringing us to Yard Sale rule #2: Sellers who are packing up will almost always come down on price.) I eyeballed the bug and debated in my head as to it's potential value. Concluding that there are plenty of Volkswagen collectors on Ebay, I decided to buy it if the price was right. I asked the seller how much for the little VW? As he hurried around packing his stuff he threw out a price of ten dollars. Figuring he was pliable due to the lateness of the day, I countered with five bucks which he accepted without any reluctance. I threw the Beetle in my car, feeling slightly redeemed at having found something not in my usual yard sale core hours.

I took multiple picture of the little Bug, showing the roof open with the brandy glasses and decanters and closed like in the photo shown here. You should know that car enthusiasts are always trolling Ebay looking for collectibles that remind them of their "baby". My instinct proved right as this cute little bug ended up selling for $52. So in hindsight, my emergency call to work ended up netting me $47. Not bad for a day that I thought was ruined!
Pin It now!
Posted by Dude ! at 11:09 AM 0 comments 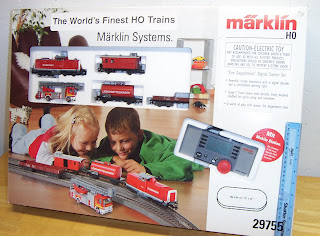 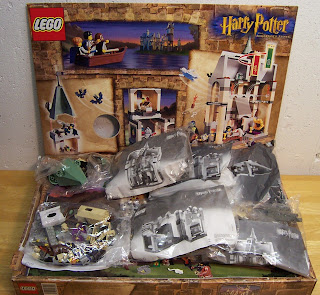 The Christmas shopping season can really put your Ebay auctions into the stratosphere! So keep an eye out and have the foresight to store those special items away until Christmas-You'll be rewarded for your patience !!!
Pin It now!
Posted by Dude ! at 4:33 PM 0 comments