The Christmas spirit does not extend to returns! 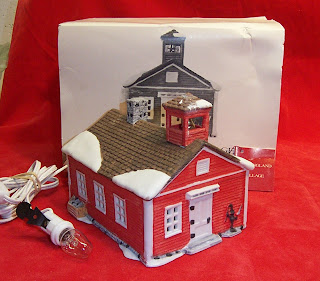 Happy Holiday season! Are you going crazy posting all your holiday inventory? I' ll bet that you are! Add to this mayhem, eBay's "one-cent" and "free" listing days and I am sure it's a nutsy time around your computer!

As you slowly go crazy posting listings, you may want to consider a strict "no return" policy for most items. That's what I am doing. While I do except returns during most of the year, I turn into old Ebenezer Scrooge during the holidays. Let's face it, most buyers haven't a clue what us sellers deal with when moving holiday inventory. They think we're all Wal-mart or Sears and can just take back returns with no problem. What they don't realize (or care) is sellers only have a four week window to get their stuff sold. If we except returns, more then likely that item will not be returned in time to be re-posted for a second auction. The seller is left "holding the bag" and usually ends up being stuck with the merchandise until the following year!

Take for example this Dept 56 New England Village school house. I paid $5.00 for this at a garage sale. Dept 56 buyers are always looking for additional pieces for their Christmas display, so I held it until the holidays to maximize it's sale potential. My selling strategy panned out, because this this school house sold for $36. Waiting until Christmas boosted the sale price and I made a profit of $31 dollars.

While all went fine with this sale, what if I permitted returns for this piece and the buyer decided to ship it back to me? There's no way would I have enough time to re-post this school house and sell it in time for the holidays! Frankly, do you know anyone who is buying Dept 56 Christmas pieces....in January? I sure don't! In fact, that's when collectors are boxing them up and throwing them back into the attic. So by accepting returns I'd have to sell it for much less, or be forced to store it on my shelf where it would sit for 11 long months. Not a good scenario, so my listings are all no return.

Have you ever been left "holding the bag" on a holiday return? Tell us about it in the comment section.
Pin It now!
Posted by Dude ! at 2:25 PM 8 comments

Uggs in my trash can...Has someone in the house lost their mind?