This may seem obvious but here goes...American Girl Dolls sell for a lot of money! I know what you're saying, "No kidding Dude, tell us something we don't know!" Ok, so maybe you already know American Girl is super collectible and can make you big money. But judging from one of my garage sale excursions, it seems not everyone is aware of this obvious fact.

It began on a chilly garage sale morning in the Fall. Heading out my street, I barely had time to take a sip of coffee when I stumbled across the first yard sale of the morning. It was literally 100 yards from my street on a small Cul-de-sac. The three houses on the street were having a "Multi-family" yard sale. These are always promising, particularly if the "Multi" part is accurate and not just one lone family. Pulling up the street, I realized I was an early bird. As the old saying goes, "early bird gets the worm!" 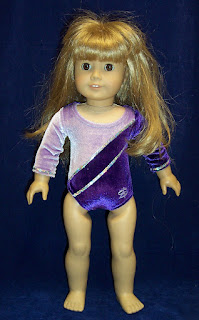 I was still waking up when I noticed something strange at the kid's toy table. Tossed amid all the kiddie stuff, were three dolls that looked vaguely familiar. Although they seemed out of place, the dolls had all the signs of American Girls dolls.  I was a little thrown off because I'd never seen American Girl stuff mixed haphazardly in with average toys like puzzles, books and board games. In my vast garage sale experience, people who sell American Girl are keenly aware of their value and display them in a place of honor at their garage sale. This is normally directly in front of the seller and her cash box. It's a safe and secure spot where she can keep an eye on both! Another common display technique is the high up spot on a shelf behind the seller. That's so you can't easily pick the doll up and handle it like it was some kind of trashy Bratz doll! Either way, it's the seller's subconscious way of saying in effect, "I bought these beautiful dolls for my daughter and I paid a lot of money for them!" 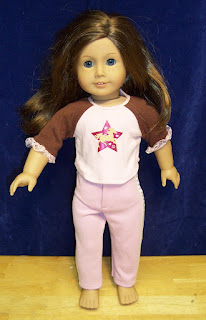 So given that most seller's are very conspicuous in displaying their American Girl dolls, I was a little unsure these three motley dolls were the real deal. Seeing the mom nearby, I picked up one of the dolls asking, "Are these, um, what's it called? American.....?" The women looked up and finished my sentence, "Yeah, they're American Girl dolls. There's some extra clothes in a separate box too." She pointed to a box which had five outfits inside. I flipped the doll around and kept up my act, "Oh yeah, my daughter likes these dolls." (Technically true, although my college age daughter doesn't actually play with dolls anymore). Having voiced my justification for buying dolls, I asked the mom how much? She walked over to to me-almost always a bad sign as it means they're going to put some serious thought into pricing. But not in this case, the mom just casually threw out a number, "Give me five dollars for each doll and two dollars for each outfit."

I am pretty fast on the uptick when it comes to basic math. So without even the aid of fingers and toes, I quickly added up the total in my head...a paltry $25 bucks for everything! No need to negotiate on this deal. Once I paid up, I dashed back to my truck in yet another walk of shame: a guy and his dolls! But who cares? A bunch of American Girl Dolls for only twenty five dollars is worth any funny glances!

The dolls went into storage for a few months until the Christmas selling season.  By waiting just a few months, I knew I could "super-size" my eBay auction prices. The wait paid off. The three dolls sold for an average price of $62 per doll. The outfits were sold individually, netting me another $100. All in all, I made just shy of $280 on a $28 dollar investment.  Even a math-challenged dude like me can figure out that's ten times my original investment!

I am still amazed by that score. On the first stop of the day I drove 100 yards and made over $250 bucks. I wish every find was that easy!  Have you ever scored a great deal on your very first garage sale of the day? Tell us about it.....