Happy 2015! With the holiday craziness now behind us, there's nothing really left to do but count the profits and clean up the mess left behind from countless parcels wrapped and shipped. The season was a good one for me. I cleared the shelves of nearly every item I designated as Christmas inventory. I even sold some stuff that withered on eBay auctions earlier in the year! I've said it before and I'll say it again-almost anything will sell during the holidays. So now that the holidays are in the rear view mirror, let's take a look at a few of my favorite sales. Ironically, all the items cited below were sourced from my local Goodwill store. I guess that makes today's blog piece my special "Thrift Store" edition!

The gift of music is always a good idea during the holidays, so what's better then a beautiful Fender guitar? I found this gem at the Goodwill Store a week before Christmas. Like most great thrift store finds, it was a matter of my being in the right place at the right time. In this case, the cashier told me the guitar had arrived in the store just hours before. Given it's brand new condition, I am certain it wouldn't have stayed on the shelf for very long. The guitar was priced at sixty dollars-fairly expensive for a cheapie like me! Fortunately, I had a 20% off discount card that I'd been saving for several weeks. The cards are handed out by Goodwill and are a pretty good deal. After ten purchases are marked off on the card, the customer can cash it in for a 20% discount on any purchase. Given the amount of stuff I buy at Goodwill, the cards can pile up quick for me. At any given time, I usually have one or two stashed away in my wallet. However, these precious discount cards are not to be squandered! My philosophy is to only use them for high price items. The $60 price tag on the guitar met this criteria, so I boldly tossed it down as if it were a "Get-out-of-jail-for-free" card. After applying the 20% discount, the Fender guitar cost me $48 dollars-a steal for an instrument that retails for around $180 on Amazon!

With Christmas only a week away, I immediately posted the Fender guitar on Craigslist for $125 dollars, a fair price for a very nice guitar. Days later, I was negotiating with a buyer and settled on a price of $100 bucks. We agreed to meet at a local 7-11 convenience store. It was a rainy night just two days before Christmas. Call me crazy, but it was an odd transaction for me. Normally, when I conduct a Craigslist "Meet & Sell" transaction, I have the buyer look at the item at my car, specifically, the rear hatch door of my Toyota. This keeps me in control of the situation and if the buyer balks, I can just toss the item in the back and leave. But with the Fender guitar, the buyer asked me to walk the guitar over to the rear of his car's hatchback so he could take a look at it. Since it was raining, I obliged him and he checked out the Fender in the rear of his Suburu's cargo area. Agreeing it was a fine looking guitar for the price, he told me would run inside the 7-11 to pull $100 cash from the ATM machine. But as he did, he began to close the rear hatch...with my guitar inside...and me with no cash in hand! Worried that a possible scam was about to unfold, I told him I'd stand under his open hatch out of the rain while he went inside the store to get his money. In fact, what I was really doing was guarding my guitar until he paid me! After all, once he closes that hatch, who's to say whether that guitar now belongs to me or to him? Heck, all you have to do is watch Judge Judy to know "rightful owner" disputes like that happen all the time. Yeah, I know, you're probably thinking, "Dude, you're paranoid. Where's your Christmas spirit?" But even during the Christmas season, Mom didn't raise no fool! The story ended happily for me, however. The buyer came out of the 7-11 and handed over five, crisp twenty dollar bills. At that point, I stepped out from under the hatch so he could close it. Although I was wet and cold, the sweet profit of $52 dollars warmed me up quickly!

As anyone who follows my blog knows, I also love flipping blow molds. This year was no exception. Early in December I found these three vintage blow molds at Goodwill. Each were marked at ten dollars a piece for a total of $30. A little steep by Goodwill standards, but I knew I could at least double my money. Once again, I shrewdly applied another 20% discount card, bringing  the price down to $24 dollars. Several weeks later I sold them to a  Craigslist buyer for $65. Amazingly, the guy travelled over an hour to pick them up. He told me his whole front yard was decorated with blow molds. That's why I love flipping blow molds. As long as they're in decent condition, the buyers will always be there!

Lastly, I flipped this fabulous Mr. Christmas Mickey's Clock Shop set. This was another Goodwill find, setting me back a whopping six
dollars. You read right...only six bucks! These sets are made by a company called, Mr. Christmas. The company produces many popular Christmas themed mechanical toys and decorations, many which sell for big bucks on eBay! The Mickey Clock Shop set is highly sought after by Disney collectors and always brings in top dollar. The set consists of a string of four individual cottages, each with a singing Disney character inside. Lucky for me, the clock was working properly. After passing my thorough inspection, I posted the set on eBay. It sold for an impressive $87 dollars! But it didn't stop there! As I prepped the set for photographs, I made an additional discovery. Inside the box were manuals and extra parts for two other Mr. Christmas toys. I flipped these on eBay too, earning an additional $34 dollars. All together, my original six dollar investment made me a total of $121 dollars. Sure glad I walked into Goodwill on that particular day! 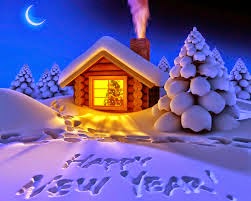 There were a bunch more holiday sales which I'll try to share at a later time. Overall, it was a very good season. I hope you did just as well during the holidays and throughout 2014. Maybe you even picked up a few pointers from my site along the way. If you did, let me know. I'd love to share your flips with all our readers. Lastly, as we enter 2015, thanks for visiting MoneyintheGarage and for all your support and nice comments. This Dude wishes you and your family a happy, healthy New Year!