Sales are humming along here at MoneyintheGarage as we enter the fall. Despite the few yard sales held these past few months, I've been able to cobble together inventory with the help of thrift shops and the few garage sales I’ve found. In fact, due to one part dumb luck, and one part perseverance, some recent finds have turned into major scores!  Let's discuss a few of them to get things started. 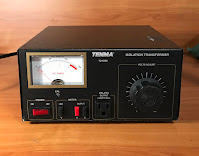 About a month ago, I headed out from MoneyintheGarage headquarters on a typical warm summer, Saturday morning. Due to the aforementioned low number of sales, I had only a few stops to make. My very first stop was a quick drive and fortunately for me, a nice shady location. The sellers were still bringing stuff out when I immediately spotted a pair of full size blow mold Christmas candles. I scooped up the set for two bucks and continued my search. (These will be posted for sale in about a month.) My next score was a 1984 Star Wars Ewok Treehouse for one dollar. The set was filled with Ewok figures and furniture. Admittedly, there's quite an abundance of Star Wars toys flooding yard sales, making it hard to figure out what’s really worth good money. As a general rule, Star Wars toys from the Seventies and Eighties bring in the big dough. As for my Hasbro Ewok treehouse, the toy was made in1984, making it a good bet to bring in decent bucks. I posted the Ewok treehouse figures and furniture on eBay and it ended up selling for $28 dollars. Not bad for a dollar investment. Getting back to the yard sale, I was about to leave with just my blow molds and Star Wars stuff when my eye caught a dusty, boxy electronic contraption sitting on the table. I picked it up trying to figure out exactly what it was? All I knew for sure was that it was extremely heavy for it’s size. It also had a voltage meter in the front with a power switch. On the front it read, “Isolation Transformer.” Having no clue as to what it was, I walked back to my truck and typed in “Isolation Transformer” into the eBay search app on my phone. It came back with big prices, so I immediately turned around, walked back to the table and bought the box for three dollars. To this day, I still don't know what an isolation transformer is, but I do know they kick butt on eBay. The heavy little electronic box sold for $145 bucks on eBay! I guess ignorance can be bliss!

On another weekend, a nearby sale netted me some more electronic profits. This particular sale was held by a couple of adult children cleaning out their parent's house. Somehow, I had missed the first day of the sale, which bummed me out.  A good yard sale picker always knows the best stuff gets scooped on day one. But I decided to make the most out of day two anyway. Looking around the dimly lit garage, I found a box full of cable wires and other worthless junk. Despite this, I continued to dig around the box hoping to find something others had missed. Maybe it was the extra coffee I drank that gave me an energy boost because, low and behold.... I dug out a vintage Apple iPod! Pulling it out from between the cable wires, I brought it over to the seller to ask how much? She quoted me five dollars, adding she would throw in one of those cheap docking station bases. Now in my experience, docking stations are as common as the hated bread makers, so I didn’t take the bait. I told her I’d pass on that and give her three bucks for the iPod. Since it was the second day of the sale, and she seemed eager to clean out her parent’s stuff, she took the deal. Later that day, I cleaned up the iPod and posted it using an eBay auction format. The little iPod sold for $65 dollars! Sure glad I looked through that box!

Lastly, I’ll throw out a “Who would have thunked it?’ sale item. Scanning my local Facebook yard sale group, I came across a listing for an old antenna rotor and box. For those Millennials who might be asking, "What’s that?”...let me explain. Back before cable television and wifi, us old folks used metal TV antennas fastened to the chimney of the house in order to pick up local TV stations. For best reception, you would add an antenna rotor, which was a small motor allowing you to rotate the antenna until you received the best possible picture on your TV. Sounds very primitive, but with a TV antenna there were no expensive monthly cable bills. Your only cost being the one-time purchase of an antenna and rotor box at your local Sears or Radio Shack. Naturally, these contraptions went the way of the dinosaur once cable systems took over. However, fast forward to today and there appears to be an eBay market for the old antenna rotors. HAM radio enthusiasts still use them for their hobby. Learning this, I bought the antenna rotor for twenty dollars and posted it on eBay. After a seven day auction, I sold the whole kit and kaboodle for $73 dollars! Not bad for outdated technology!
Overall, a pretty good start to the fall eBay selling season. How’s your season going? Add your stories to the comment section below.