Tons of money laying around your house

With Covid still running rampant, who feels like putting on a mask and leaving the house to trudge through yard sales and thrift store? Instead, you probably have some undiscovered inventory right inside your house. Take a good look around your home. You probably have stuff laying around or stored away that can fetch you decent bucks. I try to always stay aware of selling opportunities in my house. I have a theory best described as the "overlooked syndrome". This effects all humans in their daily life. It goes like this: Due to daily exposure, a person tends to ignore valuable items sitting right in front of their face in their home. This household clutter becomes background scenery in your life. It's right there in the open, but you don't see it.  You might even move it occasionally to  dust around it,  but you don't pay it any mind. It just sits on a shelf and takes up space. The crazy thing is that, if you sell in on eBay, it can probably put money in your wallet. For example, how about some old video game your kids haven't  played in months, or years? Would you rather have it sit on a shelf collecting dust, or maybe turn it into a twenty dollar bill? I like the twenty dollar bill myself. 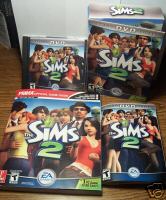 Some time ago the "overlooked syndrome" was in full effect in my old basement where an
old "Sims" CD game literally stored on a shelf right in front of my face. My kids had lost interest in playing after  upgrading to the latest, greatest "Sims" game.  And when I mean in front of my facem I am not kidding. I am not kidding... it was three feet from my face on my desk shelf, just above my computer monitor! Then one day I just happened to notice it. I tilted my head like the RCA Victor dog and wondered, "Hmmm, wonder if this is worth anything?" Looking it up on Ebay, I discovered this particular Sims game was still in high demand. I listed it right away and sold it for $35! So not only did I make enough money to buy dinner for myself and my wife, I freed up valuable shelf space on my computer desk!

Another dusty item I found in our basement was used by my Son back when he went through his guitar stage. It was some kind of electronic gizmo you hooked up to an electric guitar. I wasn't sure what exactly it was suppose to do, and still don't. All I knew was it was very lightweight and seemed kind of cheap, so I assumed it was worthless. It included a few wires sticking out that I think were for plugging into a speaker. Whatever it was for, I must have handled this little gizmo a dozen times when cleaning the basement.  But one day I had an awakening and decided to see if it had any value. I typed in the name of the manufacturer and guess what I discovered?  Similar models were selling on Ebay for as much as $75! I was at a loss to provide a good description in my listing but that didn't seem to matter. Seven days later, I was $46 dollars richer...a basement moneymaker!

So liberate yourself from your clutter! Take a walk around your home with eyes wide open. When you spot something, ask yourself, "Do I really need to have this around?" Then look up it's value on Ebay. If it's worth a few dollars-sell it. You may turn it into a some serious cash! Have you sold dusty old stuff from around your house? Tell us about it in the comment section below.
Pin It now!
Posted by Dude ! at 7:19 AM 2 comments